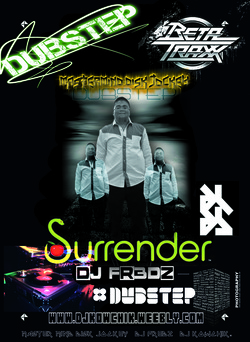 Fr3dz began producing at the age of 17 usingFL STUDIO with his partner DJ Kowchik 3N3RGY.

He is currently 21 years old(2012) and recently graduated high school in his hometown Bintulu,Sarawak,Malaysia at SM TEKNIK BINTULU school.
He is new for his massive productions are trying to be  a fast growing popularity of Dubstep music. He is new  to  became one of Malaysian's leading dubstep producers using a FL STUDIOS.DJ Fr3dz now working and become a partner with DJ Kowchik 3N3Rgy to produce and spin together.They are new to music industries for producing.

He will released his new songs in co-operation with his friends DJ Kowchik 3N3RGY.He will respond to any invitation from events organisation for a show and gigs. This was a step forwards in the career for him to become a part of Master Mind Disk Jockey.