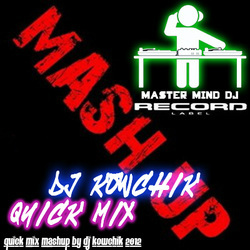 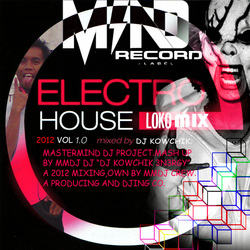 LOKO MIX THAT DJ KOWCHIK PRODUCE BY HIM SELF.
LOKO MIX IS AVAILABLE FOR DOWNLOAD AT  http://soundcloud.com/kowchikenergy/loko-mix-dj-kowchik-mash-up 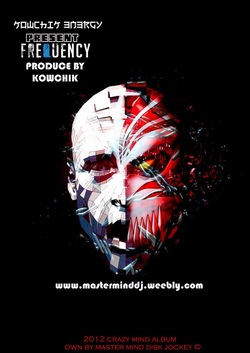 Soundcloud Link For this track
: http://soundcloud.com/kowchikenergy/frequency-dj-kowchik-3n3rgy 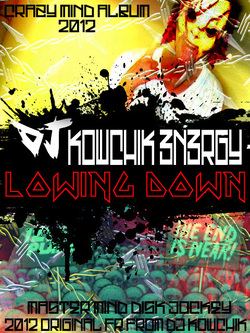 New song from DJ Kowchik 3N3Rgy for 2012.
He has release his second album now.
For this album,Kowchik was working alone to finished this track.

Kowchik spend almost half of years to get his 4 track to finish.
Its his first original single Electro Music.

After this,Kowchik going to plan to do a recording with BINTULU FM for his album release. :D
He going to let people outside there to listen to his music.

In 2012,mastermind have archive a high level on producing and djing works.
DJ KOWCHIK songs have reaches until world wide .
FREQUENCE is the most high top rated songs that DJ KOWCHIK produce.

in 2012 Master Mind have invited from BINTULU FM RADIO STATION to be on air.

_
MMDJ - MasterMind Disk Jockey was founded & is run by DJ KOWCHIK 3N3RGY AND DJ FREDZ & began in Malaysia since 2010 until now.

Becoming apart of Spoiler Shuffler as a Shuffler.

“Our sound is catchy, melodic and harsh. Sometimes it’s well thought out, but it can also be spontaneous and loose. Nevertheless our sound is always recognisable as being a typical Master Mind Disk Jockey track”

MMDJ experienced a meteoric rise to fame between 20010 and 2011, releasing their first artist album “ENTER PLANET,DESTROY PLANET” (2009) a masterpiece that became a success; along with continuing their performances all over Sarawak at virtually every major dance festival. They had solo events in Bintulu Sarawak (INVITED DJ) -Friday Night Party-. Their stunning live-shows, and above all, massive production hits, have led to absolute world domination.

Alongside Master Mind Disk Jockey, the brothers are also the proud owners of Dubstep and Crazy Electro Master Works – a solid platform for their own releases. Right now they was invited to be on music recording at Bintulu Sarawak with BINTULU FM studio,to record their music and to let peoples out side there to know about their musics”.

“as DJ’s we tend to play a lot of our own work…
it’s not that we don’t like other people’s music, but we get a huge kick out of playing our own tracks.
It’s a privilege to have a steady and loyal following of clubbers that goes into the thousands and who really are into your music”

PARTY PEOPLEHello Party People, this is your boy, MMDJ KowchikSS. Welcome to my Official MMDJ KowchikSS page. Here you will find the latest news about my music, mixes, and upcoming shows and events.If you haven't experienced MMDJ, why not? If not you will soon! www.masterminddj.weebly.com
"FOREVER STAND FOWARD"

THE NEW ERA HAS BEGINS®


Like Kowchik always said before,
FUCK HATTERS OUT SIDE THERE!
ALL I WAN IS,YOU ALL ENJOY THE PARTY!!!!
LETS DANCE PARTY PEOPLE!!!


Tagline
SLEEP ALL DAY,PARTY ALL NIGHT!